We are delighted to present WEAR PEARLS AND SMILE, an evening of original short plays. Castings will be held on the 09th and 10th of September 2017 at ACT4TV 29, Ardwick Green North, Manchester. M12 6DL.

We will announce two casting briefs a day this week so please keep a look out for them all as we would like to double up on some parts.

Performances are on the 24th and 26th of October 2017 at the Old Dancer Wilmslow.

If you are interested in any of the roles, please email silverpinecasting17@hotmail.com with an up-to-date headshot and spotlight pin or show reel. 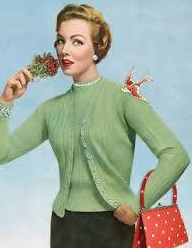 AGE IS A STATE OF MIND, JUST A NUMBER TO REFEREE, UNTIL YOU PRESS PAUSE.

Marjorie Pardoe runs an over-50s self-help group, or so she thinks. The help she gives is a matter of opinion, but the only opinion that matter to Marjorie is her own.

50 and Nifty meet weekly above the local pub, members come and go but Marjorie remains firm in her beliefs and teachings. Life does not begin at 50, it ends and it’s Marjorie’s mission to make everyone is aware of how to behave. Her comments to members are blunt but her tongue is as sharp as a razor. She takes no prisoners in this hilarious play and if you didn’t know how to act when you came in you certainly will by the time you leave.

NB: The role of Marjorie has already been cast. Please see below for the rest of the cast briefs.

JANET
Playing age 50-55
Janet is a member of 50 and Nifty. She is a quiet, meek woman who has been slowly brow-beaten by Marjorie and is in complete submission that life in your 50s should be one of twinset and pearls.

JEAN
Playing age 50-55
Jean has rebelled against Marjorie. She left the group some time ago only to fall flat on her face and in to the pitfalls that Marjorie warned her about.

BARRY
Playing age 50-55
Barry is a good-looking man who came to the meeting after he and his wife Rona became the laughing stock of the town. This once-suave man is now very much a reformed character and one of Marjorie’s success stories.

RONA
Playing age 50-55
Rona is Barry’s wife. Like Barry, she is a new woman since coming to the classes. The humiliation of a dance competition made her realise that just wanting to be 30 again doesn’t mean you are.

ZARA
Playing age 50-55
Zara is new to the club and is brave enough to go there on her own. But after Marjorie’s dressing down, her first time will definitely be her last.

DOREEN
Playing age 45-50
Doreen is not quite fifty yet. With the help of Marjorie, she has been preparing for the big event since she turned 41. She is Marjorie’s prodigy, very pleased to be heading towards her 50s and she wants to share her enthusiasm with the class.

EDWARD
Playing age 50-55
Edward is an entertainer and has been all his adult life. He has never had any problem in getting the ladies in his time but, for some reason, since turning 50 he seems to have lost his mojo. He heads to Marjorie’s class (in his leather pants) to see if he can get some answers.

MAUREEN
Playing age 50-55
Maureen is an ex-member of the class. She has not been seen for some time by anyone. She was last heard of going off into the sunset with some man 20 years her junior. She does however turn back up in a bit of a state, realising the error of her ways.

NB: Good comic timing is needed for all the parts. 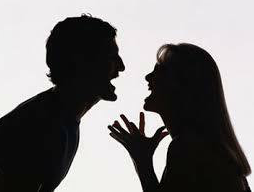 Relationships are not always as they seem and as the old saying goes, “no-one know just what goes on behind closed doors”.

Lisa and Karl have been together for six years, they have a five-year-old boy, Freddie, whom they adore. Lisa is a stay-at-home mum and Karl has a good job in the local factory. Their lives on the surface seem perfect but it’s not all rose gardens and picket fences. The two have a volatile relationship and arguments often turn into violence.

Lisa is clearly depressed and having to hide the domestic violence takes its toll on her. Lisa’s family are starting to notice something is not quite right but offers of help fall on deaf ears as she will not admit to them what is going on.

Karl, on the other hand, is desperately trying to keep up the pretence of a perfect relationship and he vows after every argument that he will make things better. His pride stops him from asking for help. He tells himself he has it under control but as events take a turn for the worse they are both forced to face up to the reality they live in.

NB: the roles of Karl and Lisa have already been cast.

JUNE
Playing age 55-60
June is Lisa’s mother. She is bossy, domineering and speaks her mind. She is worried about Lisa and suspects that Karl is hitting her daughter. She wants Lisa to stand up for herself and be as strong a woman as she is. The disappointment she has in her daughter is quite obvious.

CLAIRE
Playing age 30-35
Claire is Lisa’s older sister. She is closer to her mother than Lisa. She can see that Lisa is depressed and wants try and get the sister she knows and loves back. Even though Lisa won’t talk to her about what she is going through, Claire thinks she knows what is going on. The thought of her sister living in an abusive relationship is more than she can bear.

DAN
Playing age 30-40
Dan is Karl’s best friend, they have been friends since school. He knows Karl like no-one else and Lisa is jealous of their relationship. Dan wants to help Karl before things go too far but Karl won’t admit there is a problem.

STEVE
Playing age 30-40
Steve is Dan’s friend. He’s been out with Karl a few times and has taken a slight dislike to him. He has heard all the rumours about Karl and Lisa and is very judgmental of how he thinks Karl is treating Lisa.

NIGEL
Playing age 30-40
Nigel is a nice all-round bloke. Not the brightest tool in the box but he has a good heart. Nigel likes the easy life and is happy just to go with the flow. He is aware of all the rumours but would never say anything to Karl or the other lads.